The general election in Indonesia has gone through several stages, starting from the election stages in the old order era, the new order era and the reform era. The political system held in elections is open, honest and fair. This research uses descriptive qualitative analysis through David Easton's theory. The presence of multiparty in the implementation of elections also colored the contestation of democratic parties held in Indonesia. The output of the series of elections is to elect a leader of a state with integrity and who has one common goal, namely to achieve equitable distribution of prosperity and development for all Indonesian people. 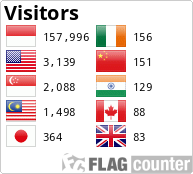